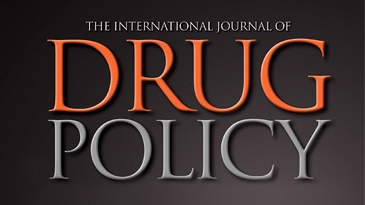 In China, body packing as a means of transporting drugs was firstly found in Yunnan province in an area that shares a border with the Golden Triangle in late 1970s. Since then, drug trafficking cases that utilize body packing as the primary mode of transportation have increased substantially. Due to a scarcity of data, however, the scope and nature of such criminal activity is not thoroughly understood. This study provides a new approach to the analysis of body packing by digitizing and analyzing court sentencing documents in China from 2006–2016.This study implements network analysis and descriptive statistics to identify the structures of drug trafficking routes involving body packing in China and aims to provide a comprehensive examination of body packing activity, including the pattern of geographic routes and the characteristics of captured body packers. A generalized inflated negative binomial model is also used to investigate the effects of legal and extra-legal factors on the length of sentence for captured body packers.

We identified three types of trafficking routes involving body packing: intra-provincial, inter-provincial, and international. Our results showed that heroin and methamphetamine are the two primary drugs trafficked by captured body packers. Network analysis revealed that among body packing routes, there are three major hubs that serve as the primary origin for the trafficking —Yunnan, Sichuan, and Myanmar— and three potential authorities— Guangdong, Xinjiang, and Sichuan—which serve as the common destinations of the drug routes. Consistent with previous studies, our research also demonstrated that heavier punishments are given in cases that involve a larger quantity of drugs and repeat offenders. Offenders who fall into special groups, such as pregnant/lactating women, the disabled, or minors, receive more lenient sentences. In addition, our analysis further revealed that the logic behind longer sentences for those offenders who confessed as opposed to those who did not, is possibly due to the concentration of imprisonment values at fifteen years, as many of the confessed body packers are sentenced to the maximum fixed term of imprisonment. By narrowing the gap in knowledge on the topic of body packing, our analysis provides evidence-based strategies for fighting against body packing, specifically by identifying geographical patterns and the profiles of captured body packers.